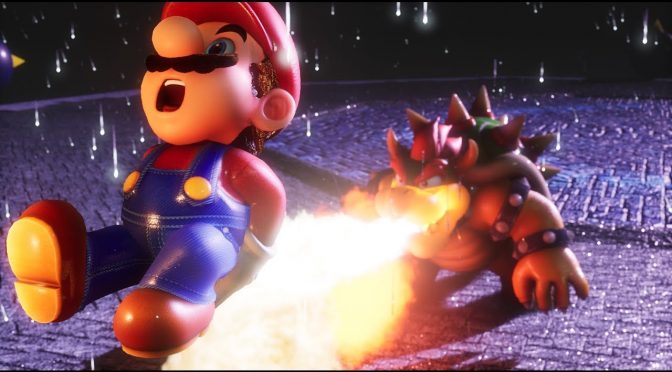 As the title suggests, players will be able to fight Bowser. And as always, this latest remake from CryZENx stays as close to the original material as possible. Bowser spits fire and players can grab them from behind and throw them at bombs in order to defeat him.

We did notice some minor issues but for the most part this fight is identical to the one featured in the original Nintendo 64 version. Moreover, CryZENx has added Mario’s voice from that game.

Those interested can download this fan remake of the Super Mario 64 Bowser Fight from here, and below you can find a video that showcases this battle.