Usually, the sides of religion and entertainment prefer to not coincide with each other outside of ridicule and satire. A church in Scotland, however, actually utilized the poster of, Red Dead Redemption 2. The poster as shown below invites people to the Sunday mass, offering true “Redemption” through Jesus. 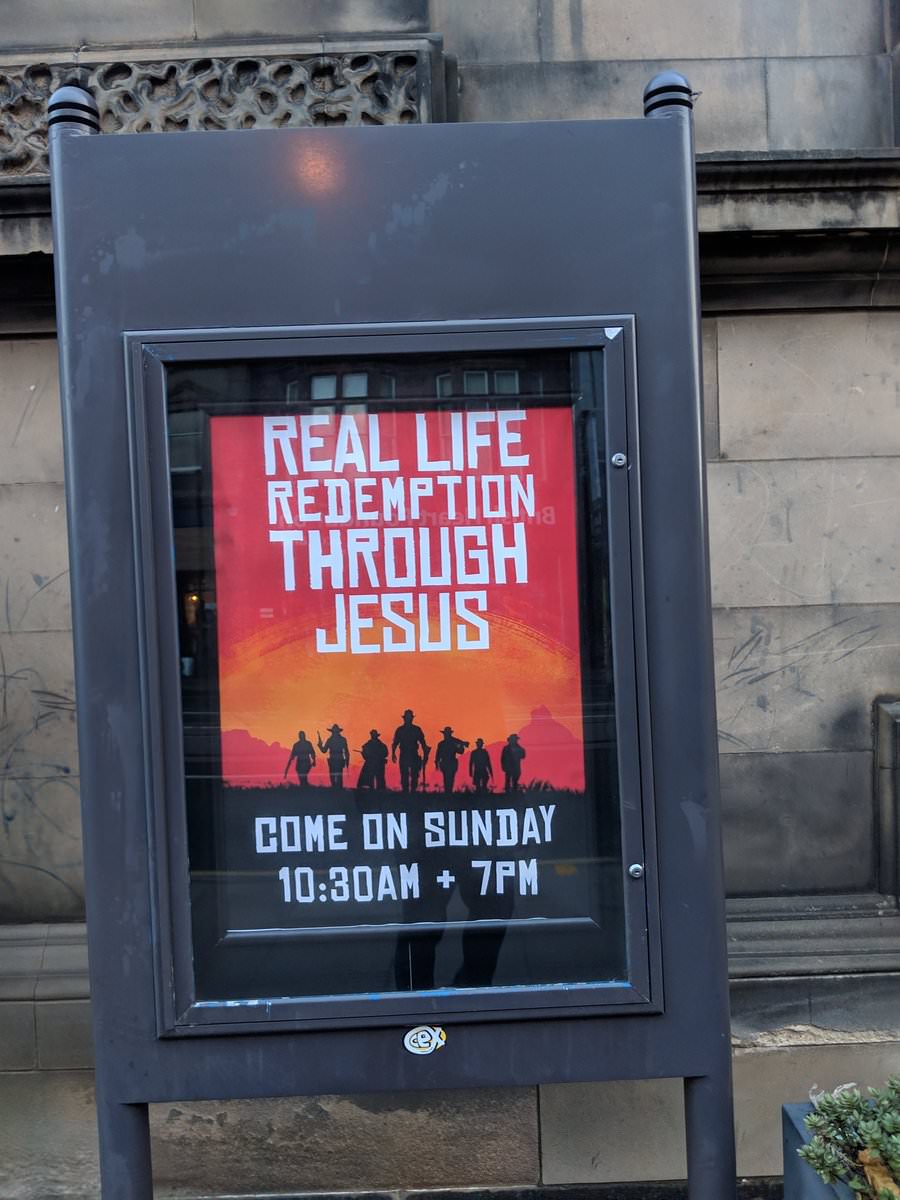 As you can see, the caption also references the game down to using the very same font. Saying “Real life Redemption through Jesus,” well Amen to that brothers and sisters.

Of course, this little antic drew attention to both the church itself as well as the Rockstar title from people that weren’t gamers. The unique poster used by the Charlotte Baptist church has snapped a picture of and posted on IMGUR where it received more than 10,000 views and reactions. A local newspaper, The Scottish Sun, did a story on the Church’s unique act.

In an interview with Paul Rees, the church Reverend, had this to say regarding the origin of the idea which spawned when he saw the actual game’s poster on the way to work.

That idea stayed in my head. So I’ve been looking for some people to know who could help us.” He hopes the action could bring more participants to Sunday’s celebration, since for him “this is a reminder that people do not need to depend on a game if they are seeking redemption.

So yeah for all those people that were playing the new AAA game release and had a Sunday mass to attend. Hopefully, this ambitious crossover gives you a more compelling reason to achieve redemption. Whether that’s through Jesus in the church or Arthur Morgan in Red Dead Redemption 2.