While most of us are pretty stoked to stick on those proton packs for another Ghostbusters movie, one person you probably ain’t ‘gonna call’ is Ghostbusters: Answer the Call star Leslie Jones.

Jones famously starred in the all-female reboot alongside the likes of Kristen Wiig, Melissa McCarthy, and Kate McKinnon.

As Jason Reitman — son of original Ghostbusters director Ivan — moves ahead with an official Ghostbusters 3 set in the same universe as the first two movies, it seems that Jones has some choice words about the idea.

When one fan expressed their frustration that Wiig and co. won’t be back, Jones shared her own thoughts on the matter and aimed some harsh language at the studio bosses. 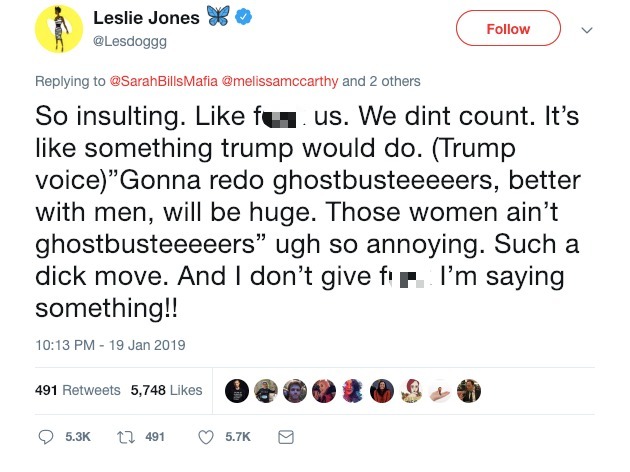