Yesterday might have been a boring old Monday for most of the world, but for the gaming community it was a very exciting day as it saw the launch of Titanfall‘s free-to-play battle royale game, Apex Legends.

The game, which was (unfortunately) leaked just a day before its “surprise” release, has been wowing both Titanfall fans, and those who’ve never played a game in the series before. 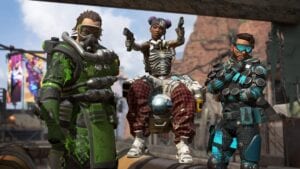 The CEO of the games’ company Respawn Entertainment took to Twitter to share just how successful the free-to-play title has been, saying it was played by more than one million unique users in just the first eight hours of launch.

Thank you so much for showing up…