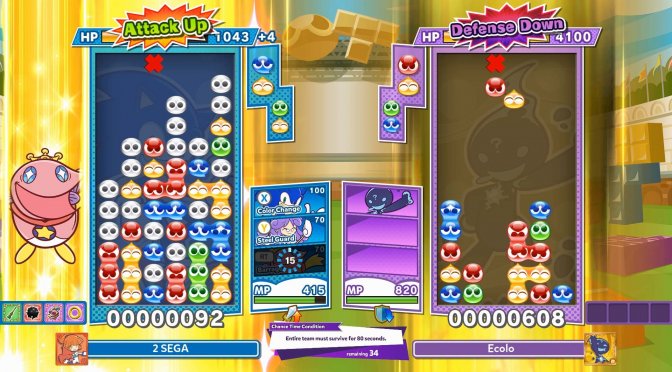 SEGA has just announced that Puyo Puyo Tetris 2 will not be using the Denuvo anti-tamper tech. According to the team, the inclusion of Denuvo in the game’s Steam store page was a mistake and has since been removed.

In Puyo Puyo Tetris 2, players will engage in up to 4 player online and local play, including competitive Puzzle Leagues and the new online co-op Boss Raid mode.

The game will have a large cast of new and returning characters including Sonic the Hedgehog, Lidelle, Ms. Accord, and The Ocean Prince.

Additionally, the game will have new RPG-inspired Skill Battles. Players can test their might in the robust Skill Battle mode where powerful character skills can change the landscape of their match, from recovering HP to changing…