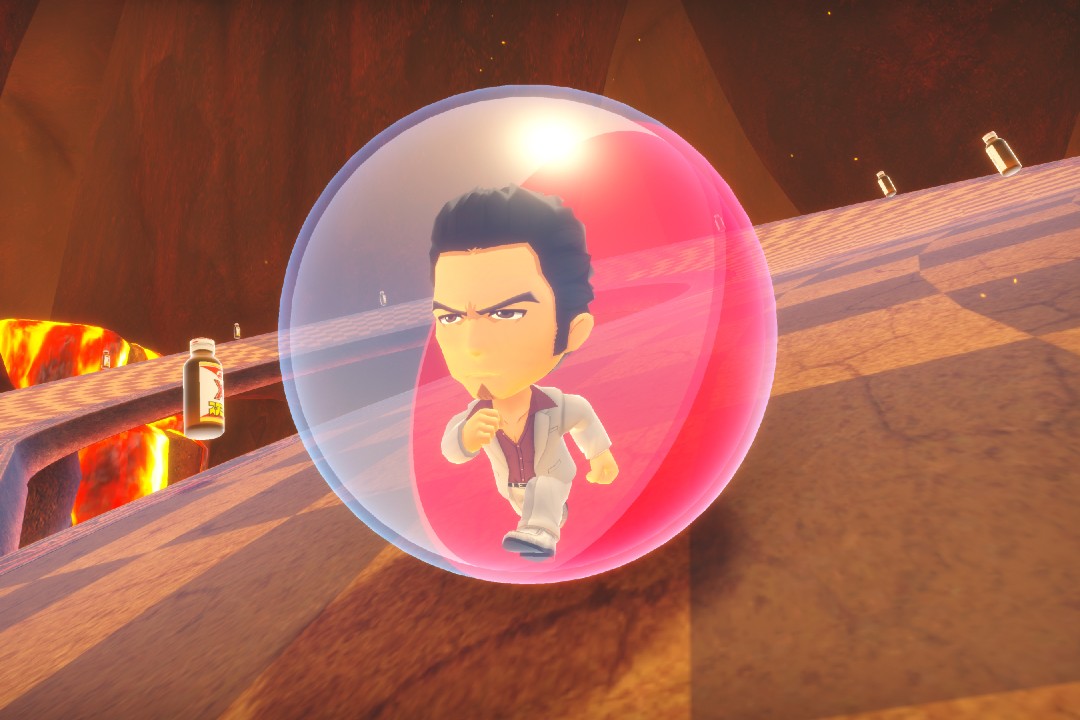 Today, Sega and the official Super Monkey Ball Twitter have revealed that a new unlockable playable character is joining Aiai and the gang on the roster of all-stars in Super Monkey Ball: Banana Mania. The new addition is none other than Kazuma Kiryu of the Yakuza series.

This news of a new character addition comes fresh off the heels of previous weekly character announcements, such as Jet Set Radio’s Beat and the duo of Sonic the Hedgehog and Miles “Tails” Prower. Like those characters, Kiryu will be unlockable through normal play of Super Monkey Ball: Banana Mania.

Check out Kiryu in…