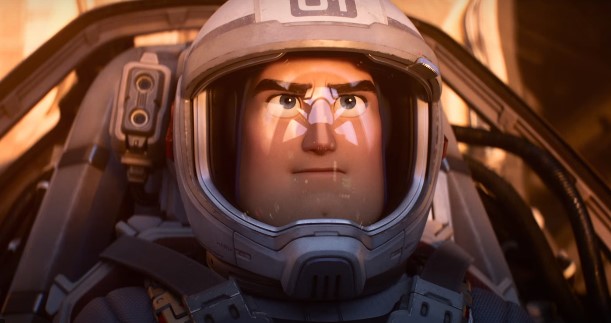 Well, well, it looks like after all these years Woody was wrong. Buzz Lightyear is no longer just a toy. Last year, Lightyear was announced in a massive info dump from Disney with information about other Disney properties like Wandavision, Loki, Star Wars: Bad Batch, and more. And today, the world got its first look at the film’s visuals along with the first lines we’ve heard from Chris Evans as the voice as Buzz Lightyear.

The trailer starts with a wide shot of a launchpad, then quickly cuts to Buzz zipping up a space suit while wearing a t-shirt that has PROPERTY OF STAR COMMAND…